Welcome to the Moms Grab Coffee podcast! I'm so glad you're here.

Duck Dynasty Star Lisa Robertson stirs us to ROAR as sisters in Christ and the amazing, uplifting effect it can have on our lives and those around us.
You’ll hear:

TW: 1 in 4 women have had an abortion by age 45. If that’s part of your story, there is only love and compassion for you, and Lisa will share how to start healing from the trauma. If you know someone who might be considering abortion or struggling with the aftermath, please share this episode with them.
-----
Learn more about Lisa’s story, her writing, and tour dates on her website.
Lisa and Al’s Books:
Sister Roar
Desperate Forgiveness
A New Season
The Duck Commander Devotional for Couples
The Duck Commander Faith and Family Bible
The Women of Duck Commander
Related Episodes:
Overcoming Guilt with Pastor Jenni Clayville
How I Saved My Broken Marriage
Breaking Through When You Feel Broken
He Will Be Enough: How God Takes You by the Hand Through Your Hardest Days
_____
Duck Dynasty was a popular reality TV show on the A&E network portraying the Robertson family who run a successful family-run business called Duck Commander. Lisa is the wife of Al, the oldest so

Enjoying the show? Support me by tapping 5 stars on Apple Podcasts or wherever you listen.
The best way to start your mornings! Get your free "More Joy" journal template plus 18 Bible verses to combat overwhelm, fear and exhaustion.
Subscribe to the podcast newsletter for new episode alerts, giveaways and more.
Follow Moms Grab Coffee on Instagram and Facebook
We're on tiktok @momsgrabcoffeepodcast 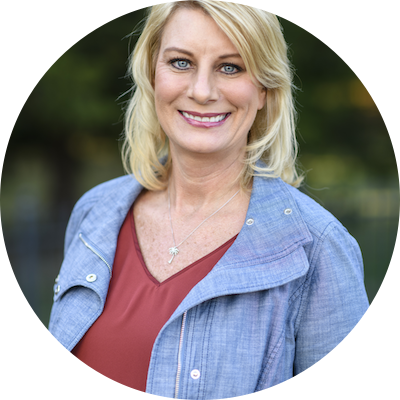 Lisa Robertson is the first Robertson daughter-in-law—married to Alan Robertson—the oldest son of Phil and Kay Robertson. Lisa was instructed in the ways of the kitchen by Miss Kay and continues to help Miss Kay with her busy schedule. Lisa co-authored, The Women of Duck Commander, with her sisters-in-law and Miss Kay, released in April, 2014.

Lisa speaks at Pregnancy centers and Pro-Life events all over the country. Lisa has a powerful life change story that impacts the lives of those she meets. She & Al know first hand the devastating effects sin has on lives. She and Al have a book that released in 2015 titled A New Season that talks about their lives and marriage and the difficulties that couples can face. She and Al released Duck Commander Devotional for Couples in February of 2016. They are currently working on a new book with a working title of Desperate Forgiveness.

When Lisa is home in West Monroe, she loves spending time with her 6 grandchildren and helping to take care of them and going on as many trips with them as possible each year.